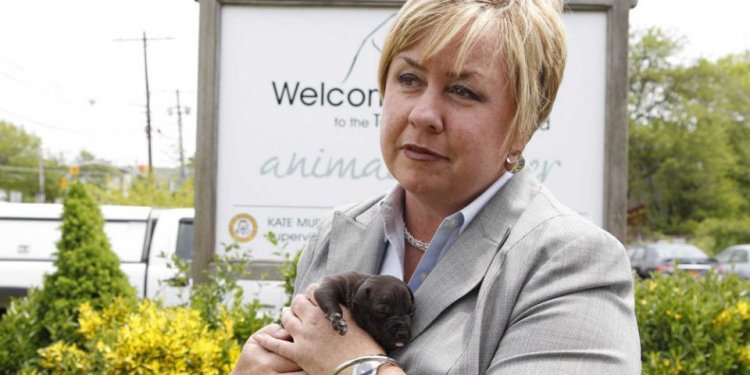 Nine Hempstead Animal Shelter employees - one-third of the full-time staff - were paid more than $100, 000 in 2010. Eight of them have GOP ties. Of those, six were elected to Nassau GOP committee seats in 2009, the last year elections were held. Three hold or have held leadership posts at GOP clubs. All but one has donated repeatedly to the local party, to Republican Hempstead Town Supervisor Kate Murray, or to both, records show.

The shelter's $3-million payroll dwarfs the total budgets of each of the eight other municipal shelters on Long Island, where only two employees - shelter directors in Oyster Bay and Smithtown - were paid more than $100, 000 last year.

"It is rare that patronage coexists happily with good governance, " said Blair Horner of the New York Public Interest Research Group, which advocates government reform. "It's usually an effort by the politically powerful to reward the party faithful with the taxpayer picking up the tab."

"Whether a person is politically active or not, that stops at the door for me, " Murray said in an interview last week. "When they are on the clock they are giving 100 percent of their effort to their professional responsibilities."

The shelter is the target of protesters who allege animals there are poorly treated. A continuing internal town probe led to a management shake-up in October, and the office of Nassau District Attorney Kathleen Rice is investigating what Murray called administrative issues at the shelter. Rice has not disclosed the focus of her inquiry.

An examination of public records by Newsday, along with interviews, shows:

In 2010, the shelter spent $7.1 million. Of that amount, $3.6 million represented its primary budget, and $3.5 million was money charged to the shelter by town departments that did work on its behalf.

Nine of the Hempstead shelter's 29 full-time employees were paid more than $100, 000 in 2010; only three of New York City's 130 shelter system full-timers eclipsed six figures. In Chicago, four out of 68 did so; in Boston, officials said only one employee out of 20 was paid at that level.

Brookhaven Town had the second highest animal shelter budget on Long Island - at $1.7 million, less than half Hempstead's primary budget - and last year took in 2, 279 animals compared with 3, 498 in Hempstead.

Unlike New York, Chicago and Boston, Hempstead's shelter has no veterinarian on staff. It contracts with four private animal-care providers who send veterinarians regularly to the shelter to perform euthanasia, give vaccinations and do examinations. In November, Hempstead announced - after investigations of the shelter went public - that it planned to hire a full-time vet. Murray has said she hopes to do so at the Feb. 8 town board meeting.

These findings trouble critics such as Nassau Legis. David Denenberg (D-Merrick), whose district includes the shelter. He said he was particularly irked by high salaries paid to GOP faithful.

"Overpaying, overhiring, or hiring unqualified people is something that cannot be tolerated in these high-tax, tough economic times, " he said.

Town officials said that seven of the nine employees who were paid more than $100, 000 last year have taken civil service exams intended to rank qualifications and limit the role politics plays in government hiring. They said some have worked at the shelter for decades, entitling them to steadily higher wages. Civil service rules do not set salary levels.