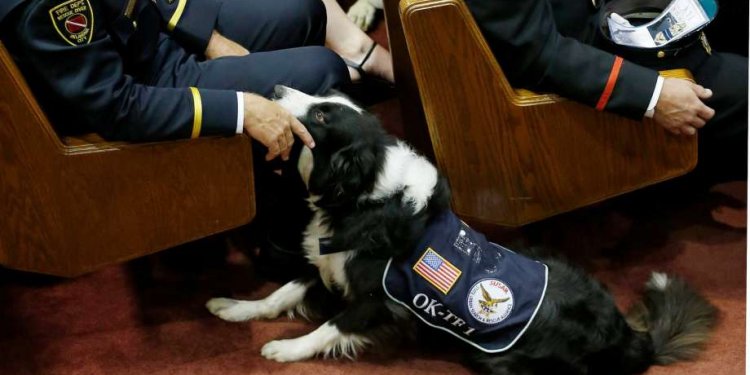 After everything she’d experienced, ‘Snowball’ the dog, just couldn’t get close enough to her rescuer, 18-year-old Cassidy Vaughn, who has a big heart for the helpless.

“I can’t let any animals be left behind, ” she said.

She works at the Central Oklahoma Humane Society, but about a week ago on her off time, she said she saw Snowball in a Southeast Oklahoma City neighborhood with a gash over her neck and looking very thin.

Vaughn said the dog was wrapped in wiring so deep it was embedded. She was also wearing a collar.

“She was so hungry she tried to eat the collar when I took it off. So I went and grabbed some food and water and she scarfed that down, ” Vaughn explained.

She took Snowball to the veterinarian, where they surgically removed the wire. And Vaughn said she went back to the dog's former owners, who willingly signed Snowball over.

On Friday afternoon, they told News 9 Snowball had run away and they never saw the dog with her neck wound. As for her weight, they said they had gone on vacation and blamed the person who was supposed to be feeding Snowball for dropping the ball.

Vaughn said she will foster the dog for a while and plans to be very picky when eventually finding Snowball a new forever home.