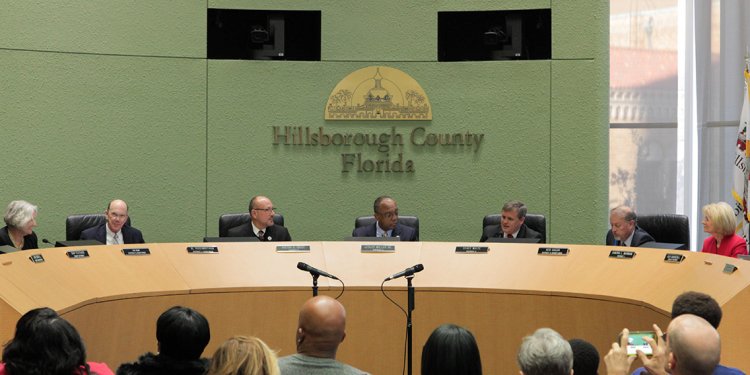 HILLSBOROUGH COUNTY, FL (WFLA) – Hillsborough taxpayers fund the county animal shelter to the tune of millions of dollars every year so that it can provide humane treatment for abused and abandoned animals. But an 8 On Your Side investigation discovered the county’s Pet Resources Center readily adopts animals to people with violent criminal pasts. People like Seneca Dukes.

“This man, he came in with two friends and the three of them each adopted a pit and left, ” said Tamar Berry of Rescue Me Tampa. Rescue Me Tampa is a FaceBook page that profiles animals in the PRC shelter.

“It’s just wrong to give dogs to people that are dangerous members of our society, ” stated Amy Howland of Dogma Pet Rescue.

“There’s a known link between violent behavior to people, it also extends to animals, most violent criminals start with abusing animals, ” explained Tamar.

“A 19-year-old was allowed to adopt two pit bulls. He has a lengthy criminal record, a felony charge and a domestic abuse charge, completely unacceptable, ” explained Amy.

The way it works now in Hillsborough County is a felon could literally walk out of the Falkenburg Road Jail after serving time for a violent crime, and walk a few hundred yards down the street to the Pet Resources Center and quite literally get the pick of the litter. After Seneca Dukes adopted Charlie in September, the dog was picked up as a stray in December.

“They contacted the adopter to come pick up the dog, but we looked into it and he was already back in prison for another five years, ” Tamar added.Is the effort to increase live releases fogging the county’s effort to humanely provide for these animals? Tamar thinks so. In an

Is the effort to increase live releases fogging the county’s effort to humanely provide for these animals? Tamar thinks so. In an email she warned commissioners, “These policies make it clear the only goal is to get the animals out the door and they are on their own after that.”

“This is all a big illusion, … let’s make them think that all is good and shut them up, ” Tamar said.

Shelter operations managing director David Morton and pet services manager Morgan Woodward confirmed to 8 On Your Side that the Pet Resources Center really can’t be sure if it is placing an animal with a dangerous person. The PRC does not check a person’s criminal background. Morton and Woodward state there is nothing in state statutes that preclude anybody from adopting. They point out PRC has no written adoption policies or procedures. It has a minimal one-on-one interview process with people who want to adopt a pet and a meet and greet with the animal in a play area. If the staff has concerns, it will bring in management. However’ there are no policies or procedures about when to bring in management.