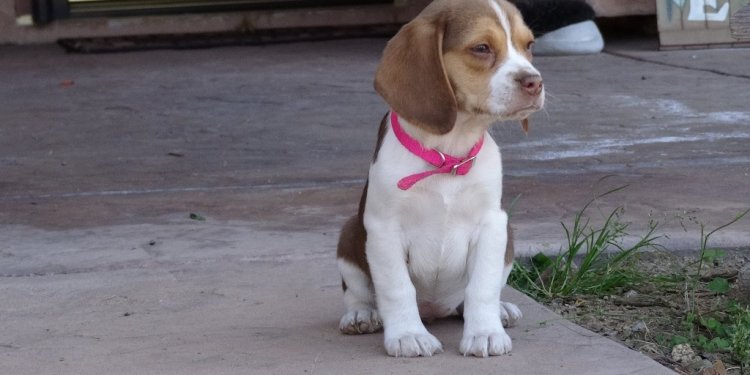 Now, animal-rights advocates are pushing for a city law that would keep businesses like them at bay.

It's part of a campaign to crack down on commercial breeders — often called "puppy mills" by animal activists — by drying up the retail market for dogs and cats. So far, the effort has seen most of its victories in southern parts of the state, but Casselberry's adoption of a partial ban on pet-store sales would signal a potential push into Central Florida.

Casselberry Commissioner Andrew Meadows said he championed the city's proposed law because pet-store sales leave too much distance between the dog or cat buyer and the breeder. Face-to-face interaction with a local breeder involves more accountability, he said.

"With private breeders, you go to that site and pick your animal and see what kind of conditions they're living in. … As opposed to some nameless, faceless puppy mill that's more than likely in some other state, " he said.

Casselberry commissioners have already granted preliminary approval to the measure and are scheduled to take a final vote Monday. If the proposal succeeds, Casselberry would join 39 other cities across the state that restrict or ban pet sales, according to Michele Lazarow, a South Florida animal-rights advocate who asked Meadows to back the measure.

Lazarow, a Hallandale Beach city commissioner, has also reached out to city officials in Winter Springs, Oviedo and Longwood.

Animal advocates haven't yet aimed lobbying efforts at Orlando officials, although city Mayor Buddy Dyer has asked staff to start researching pet-sales restrictions. A proposal could come before the City Council early next year, according to Cassandra Lafser, a spokeswoman for Dyer's administration.

Lazarow argues that cracking down on pet-store sales is necessary in part because federal laws regulating breeders aren't strict enough to prevent conditions most people would consider inhumane.

For instance, it's perfectly legal to stack dogs inside wire-bottomed cages that give them just 6 inches of clearance each direction, said Cori Menkin, senior director of the puppy-mills campaign for the American Society for the Prevention of Cruelty to Animals. Dogs used for breeding rarely see a vet, experience affection or get a break from their cages, she added.

"If you're buying a puppy in a pet store, you can be pretty sure it's not coming from a humane facility, " Menkin said. "Responsible breeders always want to meet potential owners."

But Patti Strand, president of the National Animal Interest Alliance, said outlawing pet-shop sales just drives the market underground, where there is an absence of oversight.

"You are simply going to have unregulated dealers now selling the animals, " said Strand, whose organization represents interests ranging from breeders to circuses.

Strand also contends that shuttering pet stores where dogs and cats are sold limits consumer choice and unfairly punishes responsible breeders along with the disreputable ones.

Supporters of the proposed retail-sales restriction also hope the law would encourage people to rescue their furry companions rather than buying them.

Local animal activist Carla Wilson said she knows of a couple of Orlando pet stores that sell dogs or cats, and her organization pickets outside them weekly. Casselberry has reported that none of these pet stores currently does business in the city, and Wilson said she's not aware of any in Seminole County.

"The last thing we need is a pet store coming into Seminole County, " Wilson said.

Central Florida as a whole euthanized more than 20, 000 dogs and cats in 2014, according to compiled statistics from Orange, Seminole, Osceola and Lake counties.

Wilson has urged her hometown, Winter Springs, to pass an ordinance like the one under consideration in Casselberry, but it hasn't yet gained traction. She hopes if Casselberry approves the law, Winter Springs, Longwood and Altamonte Springs will follow.

Eventually, the city of Orlando might get on board, she said.

Vicky Glatz, co-owner of the Puppy Stop in downtown Orlando, said her store buys puppies only from reputable breeders.

She said she and her husband hit the road each month to pick up dogs from private breeders. Anyone who stacks cages or owns hundreds of breeding dogs won't be getting their business, she said.