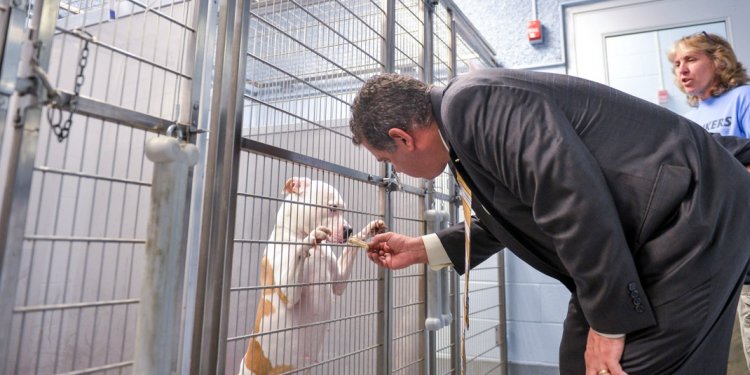 I've adopted 2 pets from Toronto Animal Services North Region. First was Riley, an 8 year old Lhaso Apso who was found wandering the streets. From his condition, it was evident he was homeless for many weeks and unfortunately, showed signs of being abused. It took a few months for Riley to build his trust with humans again, but for the 6 years we had him, he brought untold happiness to our home. Recently, I've adopted another dog...Finnegan, a 1 year old Shih-Tzu/Pomeranian mix. Finn was turned in to animal services as his owners could no longer care for him. Like Riley before him, he has personality with a capital "P".and has, in a months time, become an old friend. When thinking of adopting a pet, why not look at an animal shelter or humane society? They have numerous animals looking for what they call "forever homes'. Some animals come with little or no background, so they are assessed and information is provided based on professional observations. Some animals are turned in by their owners, for whatever reason, and some background information is available. Some animals are rescues from a life that is unfitting anything. Besides dogs and cats, they have other animals as well, rabbits, guinea pigs...the list goes on and on. The people that I have been fortunate enough to deal with at Toronto Animal Services North have been stellar. They truly love animals and are careful to ensure that pets available for adoption are placed with individuals who can provide proper care for them. Sorry if I can't recall names, but everyone there was pleasant, knowledgable and obviously loved their jobs. They made the adoption process so much more enjoyable and they seem thrilled when one of their animals finds a new home. The cost is minimal and there are companions waiting to be found here. Please, before visiting a pet store or breeder, give a pet in a shelter a chance. You won't be sorry

In Oct 13 of 2012, I adopted a dog there, his name is Taco, it was the best thing I ever did and the people there were great.

The only reason I'm not giving them a 1 star rating is that they might be good at the actual spaying and neutering, but I never found out! Calling them for the last 2 weeks, no one ever answers the phone, literally, not once. I'm talking calling 20-30 times per day, 2-3 calls at a time. Then their answering machine.the message is literally 3 minutes long. THREE MINUTES for what should be: "Leave a message after the tone" !!! So leaving an actual message for callback is very frustrating, as the message says so much information it kills your entire train of thought. Among other info, the message stated that they will call you back within 24 hours. It's been a week, no callback again. When we did get through to them months ago, we asked for spaying of 2 of our cats. The receptionist was very rude and we felt like she was just trying to get us off the phone so she could go back to playing Solitaire on her computer. She told us the fax number where to send all of our info and that it set up through that. Ok, so I faxed all of our information about both our cats. We did not receive any call back or anything, so after 2+ weeks passed, I got frustrated and called them again. The same (rude) receptionist picked up and said that they did receive the faxes and booked the cats for spaying. One was due to be spayed the next day, and the other in a week! Needless to say I was very upset, since they first off, booked both my cats on different dates, even though I requested they both be done on the same day. More importantly, I was upset at the fact that no one called us to tell us about the booking dates in the first place! Needless to say I cancelled. So yea, price wise this place maybe cheap, but they have absolutely NO customer service what-so-ever. Worst receptionist I've ever encountered with any business!