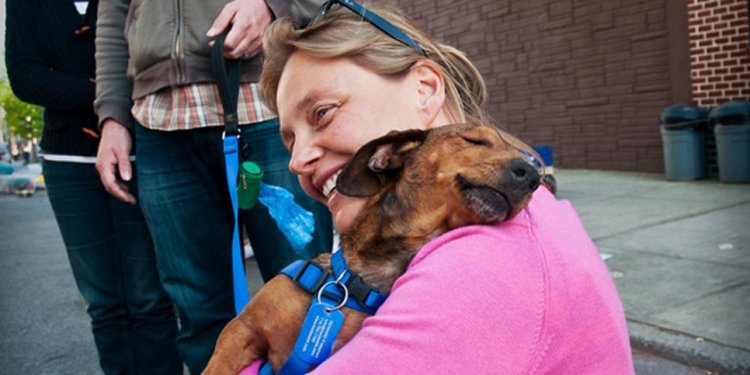 Rescue a dogs from a kill shelter

Some lucky dogs are safe thanks to a team of local rescue groups. Many of the dogs were about to be put down at high-kill shelters in New Mexico and Texas. Instead, they took a one-way flight to Colorado this week.

The giant rescue started as a small effort years ago in Colorado Springs.

Holding signs, sharing stories - it's all part of the waiting game for the dog foster parents at an airport south of Denver.

"I’ll be crying, but happy. It’s so exciting, " said Sally Servedio, a volunteer for Paws on the Ground Colorado.

Some volunteers went to great lengths to be at the event.

"I requested the day off today, " said Gary Daley, with Paws on the Ground. “We’re helping transport some dogs from New Mexico and Texas.”

"He got up at the crack of dawn so we could get down here, " said Sue Hendrick about her grandson, Conner Grubb. “We’re getting two cattle dogs.”

"It's pretty emotional, " said organizer Jen O'Connor. "I'll try not to cry when they land."

For O'Connor, it's a life-saving mission for her four-legged friends.

"Without this, they would have no chance, " said O'Connor. "This is a chance to see what a dog’s life is supposed to be.”

“This massive life-saving effort was started by 'From Forgotten to Forever, '" O'Connor added. "Had [the] Colorado Springs rescue not started this, we would not be here today."

Every week, Colorado Springs-based non-profit From Forgotten to Forever rescues dogs by van from kill shelters in New Mexico. But this time, the pups are flying first class.

The plane rescue takes coordination from dozens of volunteers from different animal rescues across the state.

About 100 dogs arrived safely Wednesday morning. It was the biggest plane rescue this group has ever done.

"They were between three to four weeks old when they were dumped with their mom in a shelter, " said one volunteer who rescued some puppies.

Non-profit Dog Is My CoPilot flies the pups from high-kill shelters in the southwest to rescue groups.

"Really the occupational hazard is that, at least on every flight, I want to take one home with me, " said Peter Rork, the pilot and president of Dog Is My CoPilot.

“They’re pretty noisy right now, but they get very quiet once the engine starts, then when I get up to altitude they tend to fall asleep, " Rork added. "For the most part, they’re very quiet and they just settle down in their kennel and off they go. Cats, that’s a different thing, they make noise the entire trip.”

For some dogs, once they arrive, it takes a little while for them to get comfortable. Others feel right at home in their foster parent's arms.

"It’s quite amazing to see that transformation, whether they come off that van or the plane, they’re kind of scared and then as they kind of figure out, it’s going to be okay, then they kind of start to relax, " said Daley.

"She's been in a shelter for probably eight months, so this is freedom for her, " said foster parent Linda Chin. "Many of these dogs were slated to be euthanized.”

"Anytime I can help a dog, is a holiday for me, " Daley added. "To actually see them come off the plane, it just really, it’s a great feeling to see and know that these dogs are going to have a new life and a chance to live their life.”

It was a long journey to get here. Now it's time to go home, forever.

"All these dogs would have been put down and killed if Colorado hadn’t opened their hearts, " said Servedio.

"When you actually see them and know that without this flight, without all these volunteers, they would all be gone - it’s just really hard to wrap your head around, " O'Connor added.