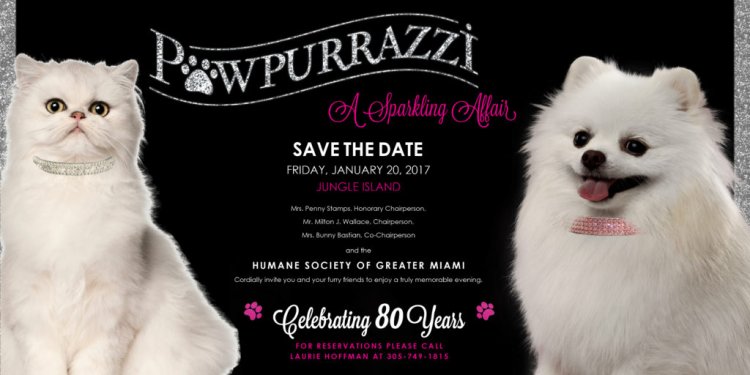 Rescued Greyhound Tux from Friends of Greyhounds says “let me help you cut that ribbon so we can start saving more of my friends!”

Some of the many loving Greyhounds that have been rescued and the people who care about them.

The Humane Society of Greater Miami believes that all dogs, including Greyhounds, deserve loving, permanent homes with committed caregivers. Because of the overwhelming number of homeless Greyhounds, the Humane Society of Greater Miami has dedicated a special lifestyle room in our Soffer and Fine Adoption Center to caring for and encouraging the adoption of these magnificent, majestic dogs.

Facts About The Greyhound Racing Industry

Greyhound racing is big business in Florida. In fact, one third of the Greyhound tracks in the United States are located in Florida. According to the Greyhound Protection League, nearly ten thousand racing Greyhounds are caged at Florida’s 15 dog tracks on an annual basis. Thousands more are held on breeding farms, ready to take the place of those who fail to win. While Greyhound racing popularity throughout the US has dramatically declined over the past decade, thousands of Greyhounds continue to be euthanized each year due to this cold, callous sport.

Why are so many people against Greyhound racing?

Every year the Greyhound industry breeds tens of thousands of Greyhounds, far more than it can place at racetracks. This overbreeding is motivated by the desire to produce “winning” dogs. Thousands of Greyhounds at each track are disposed of yearly to bring in a “fresh” group of dogs. A dog’s racing career is usually over at 3½ to 4 years of age. Many dogs, when they are no longer profitable, are adopted into good homes through rescue groups, but thousands are not.

As with any business, profit is the bottom line. Some Greyhounds are “lucky” enough to be humanely euthanized by a veterinarian. However, Greyhounds are often destroyed using the least expensive methods, including gunshot. Reports of bludgeoning, abandonment, and starvation have also surfaced.

Racing Greyhounds spend the majority of their adult lives in crates or pens or in fenced enclosures. Many enclosures are not climate-controlled, causing the dogs distress during inclement weather. Human companionship is limited. Anyone familiar with dogs in general knows that dogs thrive on and relish attention from people. Companionship, whether from a person or another dog, is essential for the mental well being of dogs. Racing Greyhounds typically receive neither.

Who oversees the racing industry? Aren’t there laws to protect Greyhounds?

State racing commissions exist to regulate the industry, but their primary function is to protect the state’s financial interests, not to enhance animal welfare practices. The racing industry is virtually self-regulated. Unlike other commercial animal enterprises, such as animal breeders, zoos and circuses, Greyhound racing is not governed by the federal Animal Welfare Act, which is enforced by the United States Department of Agriculture.

A new leash on life.

Fortunately, things are slowly getting better for the Greyhounds, thanks to the efforts of Greyhound lovers across the country who work tirelessly to find homes for retired racing dogs. These Greyhound advocates have also brought the horrible conditions these dogs endure to the attention of the public, who have responded by seeking out more humane forms of entertainment, lessening the demand for racing dogs.

You can give a retired Greyhound a new “leash” on life by providing one with a loving, permanent home. Learn more about Greyhounds by contacting Friends of Greyhounds at www.friendsofgreyhounds.org

Is a Greyhound Right For Me?

Adapted from information provided by the Greyhound Club of America

A Greyhound is a sighthound or gazehound – one of the ancient breeds that hunt by sight rather than by scent. Greyhounds are portrayed in a wide variety of art forms going back to paintings in the tombs of the Pharaohs and on Greek and Roman pottery. Pedigrees of Greyhounds in Great Britain can be followed back to the 1700’s.

Living with a Greyhound