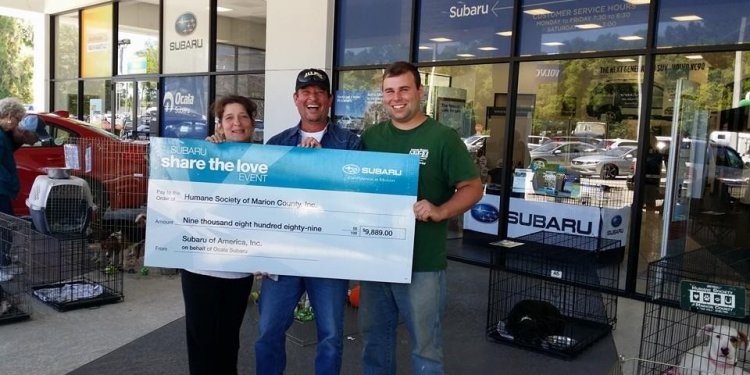 The registry, is set to take effect Jan. 1, is only second in Florida

Marion County is set to introduce an animal abuser registry in January.

“Molly’s Law, ” as the ordinance that lays out the details is being called, sets up a list of Marion County residents who have been convicted of misdemeanor or felony animal abuse crimes. According to the terms of the ordinance, these registered abusers cannot own, work or live with animals for as long as they remain on the list.

If they violate these terms, they would be subject to a fine of up to $500.

While Molly, an American boxer mix who survived a high-profile attack locally in 2014, dozed in the auditorium aisle of the McPherson Governmental Complex as commissioners passed her namesake law, advocates of Molly’s Law greeted the move with significantly more enthusiasm.

Sherri Kirkland, of the Ocala-based Voices of Change Animal League, likewise said she is pleased to see the registry pass in Marion County. But, like Little Wolf, she said she hopes to see the local registry as part of a larger movement.

“It needs to be a first step, ” Kirkland said.

Marion County’s registry comes on the heels of a similar registry passed in Hillsborough County, which is set to take effect in November. While advocates continue to push for additional registries in other Florida counties, Little Wolf said the ultimate goal is to build momentum for a statewide registry.

Molly’s Law first came in front of the Board of County Commissioners for consideration in March, when its advocates proposed the Marion County Sheriff’s Office as the agency that would host and maintain it. Capt. Alicia Walker, speaking as a representative of that agency in March, said the Sheriff’s Office would be on board.

The Board of County Commissioners asked the county attorney’s office to work through details and come back with a proposed ordinance. Little Wolf largely attributed the delays since to recent shakeups at the Sheriff’s Office.

Sheriff Emery Gainey took over for former Sheriff Chris Blair in May, after the State Attorney’s Office filed a perjury charge against Blair and he was suspended by Gov. Rick Scott.

The ordinance passed on Tuesday instead looks to a third-party agency, such as the Humane Society of Marion County, to maintain the animal abuser registry. The county administrator is expected to select the maintaining agency prior to Jan. 1, when Molly’s Law will take effect.

Molly’s Law is set to cover only unincorporated Marion County, although an interlocal agreement with Ocala or other municipalities within the county could eventually widen its scope.

The board spent more than an hour discussing the details of the ordinance Tuesday morning, when commissioners notably worked around a hangup involving penalties for those who provide animals to registered abusers. Molly’s Law calls for the county to levy a fine of up to $500 on anyone who knowingly sells, exchanges or transfers ownership of an animal to a registered abuser.

The board, along with Deborah Horvath of Marion County Animal Services, agreed that the county does not have the intention nor the resources to actively seek out everyone who provides an animal to a registered abuser. This would become particularly tricky, as commissioners acknowledged in their discussion, in the sort of informal exchanges that happen, for example, when a family pet has a litter of puppies.

Commissioner Carl Zalak, in particular, questioned the wisdom of passing an ordinance that the county would not or could not enforce. His line of questioning eventually led the board to adjust the language of the ordinance so that anyone found to provide an animal to a registered abuser would first receive a warning. A fine would follow only in subsequent violations.

The registry is expected to incorporate a relatively modest list of names. Horvath told the board that various agencies, including Animal Services, have taken 46 cases to criminal court since 2011. Just 18 have resulted in convictions.

Some animal abuse investigations wrap up in county court, where a judge can enjoin a person from owning animals in the future. The board on Tuesday set up a separate list to keep track of those individuals. But, because the cases do not involve criminal convictions, this list would not be incorporated into the animal abuser registry and violators would not be subject to fines under Molly’s Law.

Also not incorporated into the animal abuser registry would be defendants for whom judges withhold adjudication. This happened recently in a high-profile cat-hoarding case, for example. Circuit Judge Jonathan Ohlman sentenced Diana Darnaby to 40 months of probation on a felony animal cruelty charge, but withheld adjudication. Darnaby’s attorney, Charles Holloman, had pointed out at the hearing that Darnaby would very likely lose her job if convicted.

“Knowledge of the link between violence to humans and animals make it imperative that we understand the gravity of this crime, ” Coville said Tuesday while speaking in favor of Molly’s Law.

Gerry Brent, too, spoke in favor of Molly’s Law. Brent spoke on behalf of the Humane Society of Marion County, which she said backs Molly’s Law