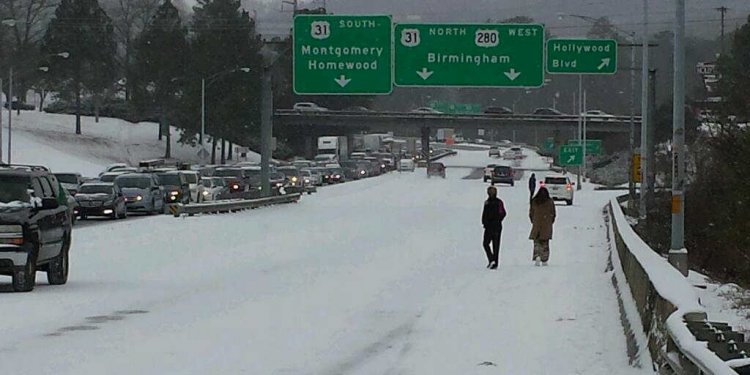 Max, a 1-year-old shepherd mix, awaits adoption at the Pell City Animal Control Center, along with 21 other dogs and seven cats.

For more than 10 years before last week, animals like Max would have been in the care of Animal Shelter of Pell City Inc., a nonprofit funded by donations and local government appropriations. But last Tuesday, the city government of Pell City relieved the nonprofit of its duties because it did not get funding it needed to continue operating.

In Alabama, similar transitions are considered annually as county commissions and other local municipalities decide how and where to appropriate their funds.

Across the state, there are two types of shelters - government-operated shelters and nonprofit shelters.

State law mandates that each county has at least one animal shelter, whether government-operated or nonprofit. Municipalities with populations over 5, 000 must help fund the county shelter if it is not located inside their municipality.

The St. Clair County nonprofit petitioned the county commission for double its usual annual appropriation of $81, 000 in July and warned it would close if the money was not appropriated.

Instead of choosing to again pour money into the nonprofit, the county commission had another idea: The seven total municipalities plus the county which have previously funded the nonprofit shelter will now send funds to Pell City, which now completely operates the shelter. The nonprofit's services were essentially eliminated, and the government-run facility was created.

ASPCI officials were unable to be reached for comment, but in a letter published in the St. Clair News-Aegis, ASPCI Treasurer Jo Mitchell said in anticipation of the transition, 96 animals were adopted from the organization in August and September, and 54 animals were rescued by other shelters.

"Overall, this was just a difference in philosophies, " said Brian Muenger, city manager of Pell City. "I certainly understand their (ASPCI's) request for more money, and no one's upset with them at all. We just decided we can provide the services in a different way."

Pell City's new government-run shelter, which is located in the same Pell City building the nonprofit worked in, is operating on a $290, 000 annual budget. St. Clair County appropriated $93, 000 to the budget, Pell City is paying $40, 000 and the other six municipalities are paying no more than $8, 000 a year for the shelter and animal control services.

"We're definitely doing things differently (than ASPCI), " Muenger said. "The most important thing to us is the care of the animals, but the financial aspects are definitely part of this."

A considered transition in Jefferson County

In January, the Greater Birmingham Humane Society assumed shelter and animal control responsibilities on a temporary basis from BJC Animal Control, a government-run shelter that serviced most of the county, including the city of Birmingham.

Humane society officials, led by president and CEO Allison Black Cornelius, at the time convinced county officials to enter into a temporary public/private partnership - they would make a broader impact on the community while servicing the county in a more productive way.

"They had no transition in place, so we offered to help them out, " Cornelius said.

But as the Jefferson County personnel board considers next year's budget, they have considered bringing animal control services in house - a move they have said will create jobs for the county and save money.

"They are not going to spend the money to keep animals as long as we do, " Cornelius said. "They've said they will only have one adoption counselor, and we all know what that means. Euthanasia rates would be off the chart."

The personnel board will decide October 13 whether to continue the partnership with the humane society. The three personnel board members Ann Florie, Kenneth Moore and Lonnie Washington and the board's receiver Lorren Oliver did not return messages regarding this story.

"For us, it's a moral imperative, " Cornelius said. "(The county) was going to euthanize most of the animals, it's a public health issue and the community expects us to step up. It goes back to the social capital of Birmingham and Jefferson County, and it goes back to our mission - to help the community and make it better."

Shelter operations differ across the state

More populated counties in Alabama have both types of shelters within the county. In Madison County, Huntsville Animal Services received $1.9 million from the city this fiscal year for animal control and shelter services. Meanwhile, there are eight nonprofit animal shelters operating within Madison County which all rely solely on donations.

In Mobile County, government-run Mobile Animal Shelter received $911, 589 from the city of Mobile this fiscal year, and there are six nonprofit animal shelters within that county.

Last week, the Tuscaloosa County Commission voted to approve a new contract for a nonprofit in that county which handles animal control services countywide as well as in the cities of Tuscaloosa and Northport. The three entities will give the nonprofit a total of $742, 000 for the services.

But for less-populated counties like St. Clair which only have one option for shelter and animal control services, the process can be difficult to handle when counties and municipalities decide how to appropriate their funds.

"It's a tough business to be in for both nonprofits and government entities because animal care is so emotional, " Muenger said. "No matter where you are, you're dealing with a very large animal population, and it can get expensive and tricky. I'm not sure many people have fully embraced that concept."