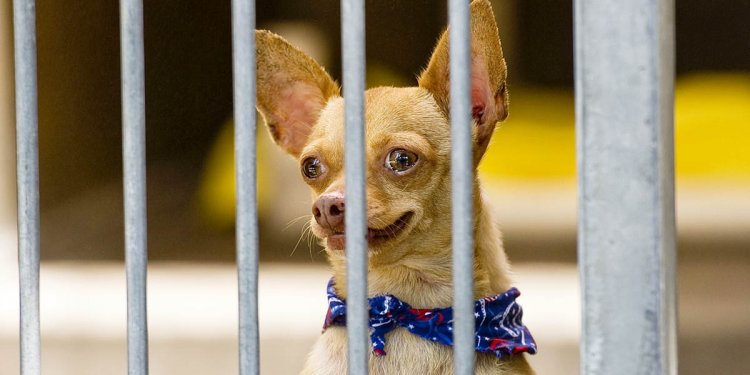 UPDATE: The fee waivers ended Friday night after more than 200 animals were adopted in two days. Orange County Animal Care says people from around Southern California flocked to the shelter — even from as far away as San Diego County. The shelter had been nearly full for several weeks. The recent adoptions brought the shelter's capacity below 60 percent.

The Orange County Board of Supervisors last week approved a resolution to waive adoption fees when the animal shelter hits 80 percent capacity.

OC Animal Care has been above that threshold for about a month, according to Dr. Jennifer Hawkins. Once that number falls under 60 percent, the waiver expires.

Of the 536 animals housed at the facility, cats and dogs make up the majority of the population. Rabbits, snakes, hamsters, turtles and chickens are also among the residents.

Normally, adoption fees are about $170 for dogs and cats and about $77 for a rabbit. Those fees cover vaccines, microchip, flea-prevention and more. They're all waived, not including a $27 rabies license charge.

"This is the first time our program has ever had the ability to waive any adoption-related fees, " Hawkins tells KPCC. Previous free adoption events were sponsored by donation funds. During those events, about 100 to 200 animals are adopted.

“This is a really important action and it allows us the ability to waive fees in times of high shelter census, without relying on donation fees, ” Hawkins says.

Hawkins expects that the capacity will dip below 60 percent by Sunday, possibly sooner, since the shelter is already seeing plenty of people who are willing to adopt.