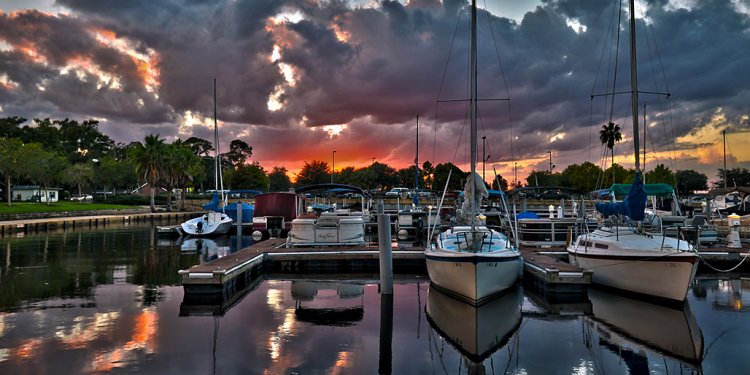 KISSIMMEE. Fla. - Dozens of dogs in the Osceola County Animal Services shelter are finding new homes thanks to a program offered by the Florida Department of Corrections and The Transition House of Kissimmee.

The Transition House serves as a "last stop" for inmates to complete their sentences before entering mainstream society.

The Training and Rescuing Eagerly Adoptable and Talented Shelter dogs program is a way for inmates in the last portion of their sentences to learn a trade and rescue at risk animals at the same time.

Under the shade of an oak tree, local dog trainer, Heather Szasz, watches as her students, a group of men in matching T-shirts and shorts, run through their paces.

Szasz volunteers her time as an instructor for the program. She's teaching the men to be certified dog trainers.

"We have a lot of new dogs in right now, so we're just learning about them and what their issues are, " she said as the handlers walk back and forth with their dogs on leashes. "The main thing we need to work on is jumping and barking."

"Want to show me what she's doing?" she says to one of the handlers. "You know. Your sit, your down, your stay."

The trainer and dog run through the drill without hesitation. It's a good sign and an indication the pet is close to being ready for adoption.

This is the last stop for most of the dogs. Almost all of them have been adopted and returned to the Osceola County shelter multiple times.

"That means that the next time they go out, that's it, " Szasz said. "They probably come back and get euthanized, because it's too many times they've been at the shelter."

The inmates, or clients as they are called, are in the training program voluntarily. It's one of many vocations the men have the option of learning while they stay at the complex.

Many hope to work in the pet care field when they are released.

"It's working out fantastic, " said Dennis Havelick, the facility director. "The fact that we go there and bring dogs into our program is a lifesaver, not only for the dogs, but for the clients as well."

An inmate we'll call Joe who is in the final months of his 10-year prison sentence for DUI manslaughter, agrees.

"I like to refer to it as a dual therapeutic program in a sense, " he said as he shows off one of the newest arrivals, Axle, who got there three weeks ago. "I'm receiving the same therapy that these dogs (are), with some type of behavioral issue or trying to reaclimate their selves back to a new life. Axle, he's a little wild man. When we first got him it was like having a kangaroo on a leash."

Joe shares a room in the former motel along Highway 192 with two roommates, Axle and two other dogs. It's a crowded space but Joe said it's a big step up from where both he an Axle came from.

"We're in a very positive environment here, " he said. "I think if other programs would adopt these types of structured programs, we would see a much more successful re-entry into society."

Havelick said he agrees. He said The Transition House is unique in that it offers inmates a chance to adjust to society and learn a skill before being released.

So far, three former clients of The Transition House have been placed in the pet care industry.
If you would like to sponsor a dog or donate to their care, please contact Osceola County Animal Services.