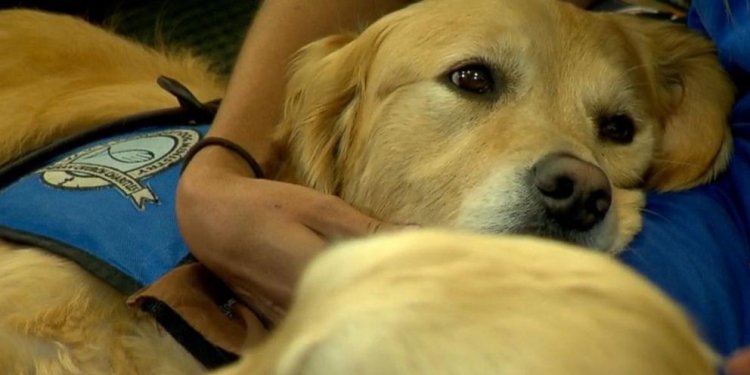 More Orange County shelter dogs and cats got new homes last year instead of being put to death, a first for the Animal Services division.

That unexpected result is in stark contrast from the agency's figures four years ago, when Animal Services killed twice as many dogs and cats than it placed in new homes.

"It's a huge milestone coming from where we were, " said division manager Dil Luther. "We hope we can sustain it."

Luther, who has worked for the department for 25 years, spread credit for the improvement, citing increased funding, longer and more convenient shelter hours, closer relationships with an increasing number of animal-rescue groups, hard work of volunteers and a social-media push by his staff for adoptions.

He offered praise to rescue groups who have pounded home the message that shelter animals make great pets.

The animals "we have in our shelters aren't lost causes and bad dogs or mangy mutts or whatever. They're terrific animals, " Luther said while playing tug-of-war over a toy giraffe with a newly adopted dog in his office at the shelter. "For most people, they're exactly the type of pet they need."

Orange County's achievement, while not unique among public shelters in Florida, deserves applause and recognition, said Kate MacFall, state director of the Humane Society of the United States.

"Some critics might say, 'Well, it's still too many [euthanasias].' Of course, everybody wants it to be none. Nobody wants to euthanize any animal, " she said. "But they're working in the right direction."

MacFall said Orange County Animal Services is likely seeing some benefit from its precedent-setting decision in 2014 to stop tagging shelter animals with a breed designation. That practice frequently labeled a mixed-breed dog inaccurately as a pit-bull mix and unwittingly discouraged its adoption.

She said a dog's breed can't be determined on appearance alone and doesn't determine the animal's behavior.

Maria Bolton Joubert, an Orlando artist who has been critical of animal services operations, said the agency's improvement is heartening to animal-welfare advocates who have lobbied county commissioners for increased funding and who have donated time and money to help abandoned animals.

"It's not perfect, and it may never be perfect, but they're trying and we're trying to make it better, " she said of shelter operations.

The figures also were encouraging to Fraily Rodriguez, vice president of community initiatives for nonprofit Pet Alliance of Greater Orlando, which often takes animals from the shelter that are more difficult to adopt because of their age.

"It's some validation that the message is getting through to the public, " he said of efforts to promote shelter animals as good pets. "This is where you can get your next family member."

Luther said the adoption rate was probably helped by extended hours at the shelter, now open Sunday afternoons and weekdays until 6 p.m.

For instance, Tuesday's Facebook post of animal control officer Emily Moore rubbing the belly of a 60-pound mixed-breed dog got 386 "likes" and 218 "shares." The page, which five years ago had fewer than 1, 000 fans, now boasts 35, 000, including hundreds who have adopted from the shelter.

"It's made a difference in how people see the dogs and cats here, '' said Diane Summers, who coordinates the social-media accounts.

Rescue groups also have pitched in to find homes for dogs and cats that once seemed unadoptable.

"When I started this in 2003, there were eight or 10 rescues operating here. There's almost 100 now, " said Patti Boyle, founder and president of Buddies for Life, which has found homes for more than 1, 500 dogs and cats in Central Florida, including more than a dozen last year from the county shelter. "I hope we can still do better."