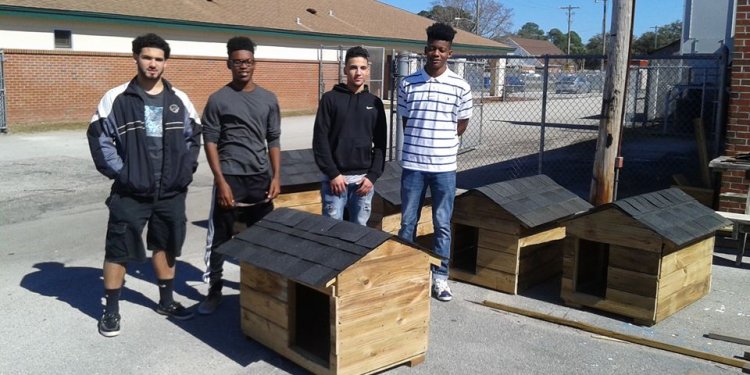 The Jacksonville Humane Society and the city-run Animal Care and Protective Services shelters are so full of dogs and cats that they are housing some animals at the old city shelter, which closed in 2009.
The need for more space stemmed from multiple factors, including construction of new facilities at the society’s Beach Boulevard campus; the typical increased intake in the spring, particularly of kittens; and the typical decreased adoptions and fosters during summer family vacation time, shelter administrators said.

Not to blame, they said, is the city’s hard-won no-kill status, which means at least 90 percent of animals leave the city shelter alive.

“Shelters would be full whether or not we were a no-kill city, ” said Amy Pierce, development director at the Humane Society, which helps maintain the no-kill policy by taking in animals from the city shelter. “In the past, however, animals would be euthanized to make space. We are committed to ensuring that healthy, adoptable animals find homes rather than be killed due to time or space constraints.”

Pet adoptions will be free Saturday and Sunday at the society and the city shelter.

The number of animals being taken in at the two facilities this year is comparable to last year. As of the end of April 2016, the citywide year-to-date intake was 4, 602, compared to 4, 172 animals citywide in April 2015, shelter administrators said.

“This is the time of year when we typically see our shelters fill up, ” Pierce said. “We take in a disproportionately larger number of animals in the spring months in a very concentrated time frame which leads to overcrowding. This doesn’t necessarily mean that at the end of the year overall intake will be up. In fact, we expect it will be down overall. It is more about the time frame in which we intake animals, rather than the overall number.”

Denise Deisler, the society’s executive director, “always likes to say that if intake was evenly split over each of the 12 months, shelters would never be full, ” Pierce said. “Unfortunately that isn’t how it works, so especially in the spring during kitten season we see a higher volume of animals in a more concentrated time frame.”

About 800 underage kittens — under 2 pounds — from the city shelter are in foster care, according to placement supervisor Daniel Clavel. Foster families bottle-feed them or give them wet kitten food until they are big enough — at least 2 pounds — for spay/neuter surgery and being adopted, he said. During that time, they have to have check-ups every two weeks.

Jen Walter, manager of the city shelter, said the public is adopting just as much as they ever did. Comparing calendar year-to-date numbers for 2015 to 2016, there has only been a 50-animal decrease in the number of adoptions at the city shelter, she said.

“This number can be made up very quickly with one adoption event, ” she said.

Use of the old city shelter is for specific animals, she said.

“We have temporarily re-occupied a small portion … to keep our total capacity between the two agencies consistent during the construction at JHS, ” she said. “The dogs being housed at the old shelter are those that are receiving additional behavior training prior to being made available for adoption.”

The society is building a new facility, the $15 million Humane Care and Education Center. The targeted completion date, April 2017, coincides with the 10th anniversary of a devastating April 2007 fire that destroyed most of the shelter complex and killed 86 animals. Operations have been in temporarily facilities since then.

Because of the construction, the society has 50 fewer dog kennels available, Pierce said.

“Construction doesn’t affect our ability to house kittens, cats or small dogs. We also have expanded our off-site adoption program to allow for more venues for adoptions, ” she said.

She and Walter urged the community to help reduce shelter populations by adopting or fostering animals, donating to shelter animals’ care or volunteering. Also, they encouraged businesses and organizations to sponsor pet adoption events.

In addition, residents who find lost animals are urged to try to find their owners before taking them to a shelter and to have them checked for microchips, Walter said.

“Oftentimes the owners of lost animals live in close proximity to where the animal was found and are frantically searching for their pet, ” she said. “Social media is a very powerful tool for reuniting lost pets with their owners.”

The free animal adoption event will be 10 a.m. to 5 p.m. Saturday and noon to 4 p.m. Sunday at the Jacksonville Humane Society, 8464 Beach Blvd., and the city shelter, 2020 Forest St., Jacksonville. Duval County residents under age 62 must still pay a $20 city license fee. The event is sponsored by Best Friends Animal Society, a national animal welfare organization. To view adoptable animals online, go to jaxhumane.org and coj.net./pets. For more information go to