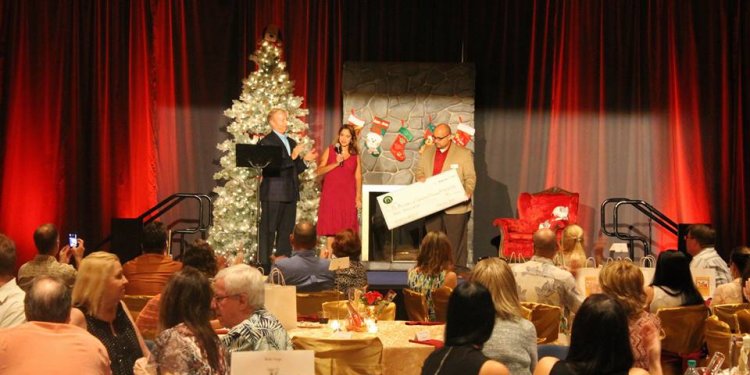 Meredith at the SPCA of Central Florida, on Wednesday, May 7, … (Ricardo Ramirez Buxeda, …)

Starting today, the only thing old about the SPCA of Central Florida — launched in 1937 — will be its history. Just about everything within the animal-welfare organization is being reborn.

As the group will announce at a Winter Park luncheon this afternoon, there's now a new name, a new executive team, a new mobile spay-neuter clinic, a new collaboration with the region's animal services departments and a dusted-off welcome mat for rescue groups.

"I absolutely love the new management. Love, love, love them, " said Sherri Cappabianca, co-owner of Rocky's Retreat Canine Health & Fitness Center in Orlando, which was asked to help rehabilitate a badly injured puppy so it could be adopted. "The new executive director, Kerri Burns, is incredible. I think the SPCA is lucky to get her."

Burns previously ran the Humane Society of Southern Arizona in Tucson and has organized rescue and rehabilitation services for animal victims of Hurricane Katrina, the BP oil spill and the largest pit-bull fighting bust in the nation's history.

She was hired to take the helm of the troubled $8-million-a-year Orlando nonprofit last year.

"Kerri has brought a fresh approach to everything, " said Orange County Animal Services Manager Dil Luther. "I think she has done a phenomenal job, and it makes sense for us to work together. After all, we have the same mission — which is addressing the problem of too many animals and not enough good homes."

For years before Burns arrived, staff from the two agencies — whose headquarters are within yards of each other near The Mall at Millenia — did not collaborate. They rarely even ventured across the parking lot to the other's offices.

"I don't know what the issue was, " Burns said, "but we have a hidden gem here. People don't realize that we have a low-cost veterinary clinic here, that we have a mobile unit, that we do education of animal owners and that we help seniors who can't get out buy pet food. It is time for us to step into the spotlight."

That's one of the reasons the group is changing its name. The new Pet Alliance of Greater Orlando and its website — petallianceorlando.org — leave behind the SPCA title that Burns said led to much confusion. Like other SPCAs around the country, the group had no affiliation with the American Society for the Prevention of Cruelty to Animals — a separate, national organization.

The agency also has just one cruelty investigator since county agents handle the vast majority of cruelty complaints. Instead, the Pet Alliance wants to build a network of veterinarians, shelters, rescue groups and concerned citizens to reduce pet overpopulation and find good, permanent homes for those currently in need as quickly as possible.

"Animals don't do well in shelters, " Burns said. "They're scared, they're lonely and they're surrounded by all these strange noises and strange people."

Yet historically the local SPCA has been viewed largely as a place to "drop and adopt, " said Sean Hawkins, the charity's new director of philanthropy and marketing. "When you found a litter of kittens, when you didn't want your dog anymore, this was where you dumped them …"

Instead, the Pet Alliance will try to work with owners on their pets' behavioral problems to limit the number of animals abandoned. The group also recently began doing adoptions seven days a week and off-site adoption events at major retailers PetSmart and PetCo. That allows people who can't bear to walk through the sometimes-depressing atmosphere of a shelter to meet the animals.

The charity also was chosen by a pet pharmaceutical manufacturer to help with the U.S. launch of Zeuterin — a low-cost injection for male dogs that permanently sterilizes them without surgery and anesthesia. Orlando will become one of three sites nationwide where technicians will be trained on the protocol.

"They have been great to work with, " said Kim Staton, who became Osceola County Animal Services director in February 2013. "Before they sent their mobile vet clinic here about four months ago, we didn't have a low-cost option to spay or neuter an animal. I'm hoping it's just a start."