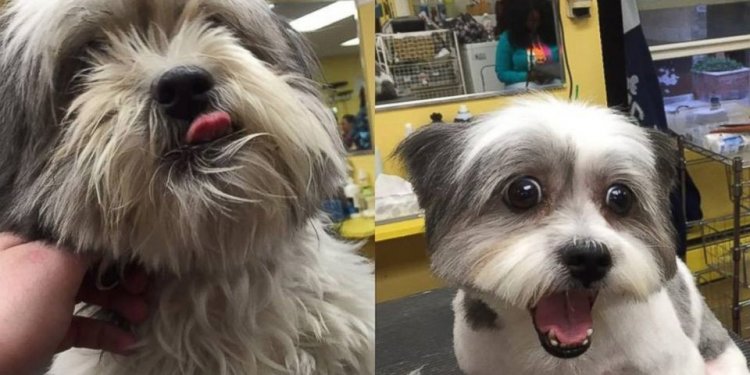 Founder Theodora browses new pups at the shelter with her rescued pitbulls.

Our story begins with a girl named Theodora and her overwhelming love of dogs.

She wanted the perfect "stuffed" dog.

Theodora loves dogs more than anything in the world. She loves them so much that she started collecting "stuffed" dogs (just don't ever call them "stuffed" around Theodora!) But every time she visited a toy store looking for a new cute stuffed dog, she couldn't find the perfect one for her. Some are too big, some are too small and none are mixed breed.

You see, Theodora's real-life family pups always came from the local animal shelter. Unlike the shiny new, replicated pedigree dogs sold in the toy stores, Theodora's dogs were often quirky mixed-breed companions. No two were alike. One had crooked teeth. One was blind. One was just plain crazy! But to Theodora, a mutt is the most loyal, loving, and fun friend on the whole planet. Those are the kind of "stuffed" dogs she wanted.

And she wanted to help real dogs in shelters too.

Theodora likes to use her money to buy dog food for her local animal shelter. Many of her Saturday mornings are spent bringing the food to the shelter and visiting the shelter dogs. One particular Saturday Theodora said, "Think of all the dog food we could buy for the shelter if we made and sold toy dogs that looked more like real dogs!" We tried to explain things like "profit margins" and "overhead" to Theodora, but that only fueled her fire. To Theodora, profits meant only one thing: more dog food for real dogs.

And she had a good point. It seemed only right that the profits from The Shelter Pups would go to help the real dogs that inspired them. We warned her that in order to pull this off we would have to find a very smart way to make these dogs.

So, just for fun, we set out to create a few stuffed animals that looked more like the dogs we like - stuffed dogs that resemble real mixed-breed mutts and whose profits could be donated to real animal shelters. Theodora told us that as long as they were the absolute best dogs ever, she didn't care how we made them.

With a few exceptions.

She wanted her family and friends to make them.

We quickly learned that making a stuffed animal is not so easy. People in the toy business pointed overseas. "You have to make them overseas because it is cheaper!" they said. "Only a crazy person would make a stuffed animal in America."

So we researched factories in far-off lands, but quickly discovered that Shelter Pups didn't belong there. The good people who make toys in crowded foreign factories work very long hours and make very little money. Theodora didn't like that idea. We also learned that most stuffed animals are made with lots of harsh, dangerous chemicals. All of this made Theodora a little uncomfortable. She said, "But we don't live in China or Mexico or India, we live in America." Another good point. We knew it would be silly to make dogs in puppy mill factories around the globe, and stuff them uncomfortably onto giant ships to be sold in America. "We should make them here, so I can make sure they are the best dogs ever. Lots of our friends are good at making stuff. It will be fun!" So we set out to find a way to make the world's best stuffed dog in the good ol' USA.

And she wanted them to have real hair.

After hours of brainstorming and many late nights, we discovered the amazing, all-natural fiber known as wool and the ancient art of felting. Wool is real hair and a lot like dog hair. Felting produces a strong and soft fabric, perfect for making stuffed animals.
Source: www.shelterpups.com