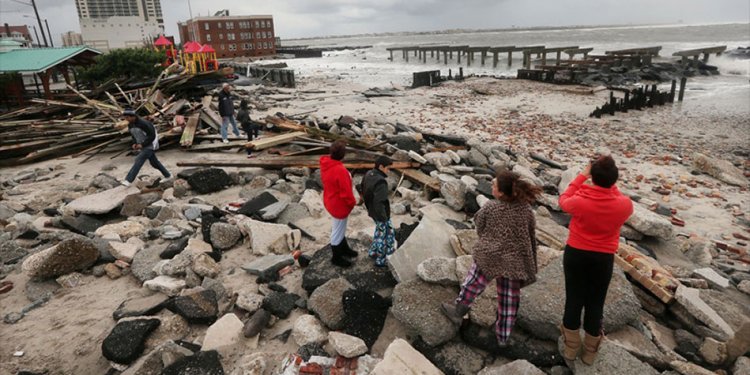 BRIDGEPORT, Conn., July 17— Pit bulls, the dogs notorious for their viciousness, are posing an increasing problem in the inner cities of the New York City region.

Officials say the dogs are roaming neighborhoods in Bridgeport, Stamford and other Connecticut cities in growing numbers after being discarded by street gangs and drug dealers, who use them for protection or match them in dog fights to pick up bets. The problem is also plaguing cities in New York and New Jersey.

"There are pickup pit-bull fights taking place in our cities that are akin to pickup basketball games, " said Joan Paylo, a spokeswoman for the A.S.P.C.A. in Manhattan.

Bridgeport, the state's largest city, is being hit particularly hard, the chief animal control officer, Ralph Corson, said. "We have pit bulls in the shelters that are absolutely insane and wild. It's a problem that is getting worse and is out of control." Inbreeding for Ferocity

He said that backyard kennels were inbreeding pit bulls and training them to develop a ferocious fighting spirit.

Though the problem seemed to reach its peak in the late 1980's, when a rash of attacks by pit bulls were reported nationally, dog experts say the situation has actually worsened in recent years.

"It's never really died down, it just seems that way because the spotlight that was on the issue five or six years ago seemed to fade out, " said Sherry DeGenova, kennel manager at the Connecticut Canine Educational Center in Newington, a private dog-grooming kennel that also houses Hartford's dog pound.

"It's actually worse now than ever before, because the backyard breeders and gangs are going out of their way to make the dogs more vicious so they can sell them for big money and use them for fighting. I've heard of people wagering $30, 000 on a single pit-bull fight."

Ms. DeGenova said about a dozen pit bulls brought in off the streets had to be destroyed in one week recently.

"What people are doing to these dogs, tying them up in basements and even binding their legs with irons to make them more crazy, it's horrible and cruel, " she said. "Then when the dogs can't fight anymore, they let them loose to roam the streets." No More Rules

Dog fighting, which at one time was conducted with strict rules and with the idea of at least insuring the animal's health and survival, has deteriorated to savage proportions, said Sharon Veci, who has operated a pit-bull shelter and rescue center from her home in Coventry the last three years.

"In the inner city, a typical dog fight takes place in a courtyard or alley of a housing project, with a group of guys standing around placing bets, " said Ms. Veci. "The dogs are then set on each other until one practically tears the other one to shreds. A lot of the dogs are so torn up that they're practically unrecognizable as dogs." Ms. Veci said that dog wardens around the state routinely find dead pit bulls discarded in alleys and courtyards.

Mr. Corson, the animal control officer, said ordinary city dwellers were also finding that the dogs, which he said had an instinctual ability to bite down hard and not let go, could be used for protection in their homes and apartments.

Bridgeport's animal shelter, he said, has been inundated with pit bulls, which are escaping, roaming the streets and attacking people and other dogs. In recent weeks, he said, his office has investigated more than a dozen reports of pit-bull attacks. He said that last year, 130 of the total 241 cases of dog bites investigated in the city involved pit bulls.

"These backyard breeders are going out of their way to create as crazy a dog as they can, " Mr. Corson said. "We're getting more and more calls from people saying there's a wild pit bull running around their neighborhood."

Joy Bouchard, animal control officer in Stamford, said the problem had been growing in her city since she arrived 10 years ago. "When I first started, we might have one or two pit bulls in the shelter at any one time, " she said. "Now, we usually have as many as a dozen."

Mr. Corson said he was drawing up an ordinance to prohibit vicious dogs, which would give him added ammunition in his fight to remove such dogs from the streets of Bridgeport.

Statewide, there were 2, 966 dog bites in 1992, though the bites are not broken down by breed, according to the state's Canine Control Office. "We've been hearing rumblings from many of the towns and cities around the state about the pit-bull problem, " said John Filchak, Deputy Commissioner of Agriculture, which covers the Canine Control Office. "But I suppose some of the larger cities like Bridgeport are experiencing it even worse."

Tom Simon, assistant director of the Canine Control Office, said that while pit bulls could be dangerous, that depended on how they were trained. "If they are trained properly, they really can be a gentle dog and make wonderful pets, " he said.

Rachel Spivak, of New Haven, has found her pit bull to be both a good pet and good protection. She likes to jog every day, but she did not feel safe running at night in downtown New Haven until she adopted Emily - a 1-year-old pit bull, who had been abandoned.

Photo: Officials say that pit bulls, used for protection or in high-stakes dog fights, are roaming area inner cities in growing numbers after being abandoned by street gangs and drug dealers. The animal shelter in Bridgeport, Conn., above, has been inundated with the dogs. (Carl David Labianca for The New York Times)